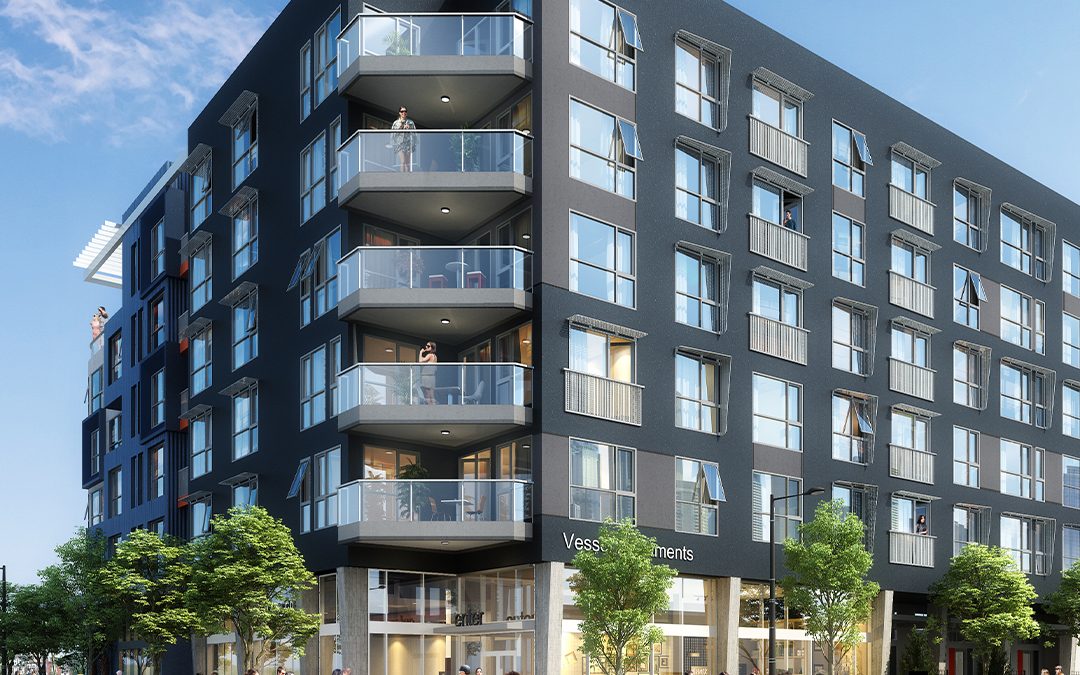 The proposed development is slated for an approximately 30,000-square-foot site at 111 N. Harbor Boulevard, which Urban Stearns purchased earlier this year.  Plans filed with the City of Los Angeles call for razing an existing commercial building and vehicle storage area to make way for the construction of a seven-story edifice featuring 120 apartments and approximately 4,200 square feet of street-fronting retail space above a two-level, 147-car basement parking garage.

The project, which is being entitled with Transit Oriented Communities incentives, would include a mix of studio, one-, two-, and three-bedroom dwellings – including 11 affordable units and nine ground-floor live/work units – with multiple amenity rooms, a podium-level courtyard, and three rooftop decks.

Togawa Smith Martin is designing 111 N. Harbor Boulevard, which would present a colorful red, white, and blue exterior on Harbor Boulevard and a dark plaster facade along Beacon Street to the west.  The building would have a U-shaped footprint above its podium and a setback at its upper level to create resident amenities.

According to Lee Rubinoff, managing partner of Urban Stearns, the project is expected to break ground in early 2020 and open before the end of 2021.  The construction budget is approximately $40 million.

The project site, which is located in a Federal Opportunity Zone, is wrapped by the city-owned Rancho San Pedro housing complex, which is poised for redevelopment and expansion. Four blocks south at 5th Street, construction is now underway for a 375-unit mixed-use complex, and a similar project is slated to replace a Grinder restaurant on Harbor Boulevard.