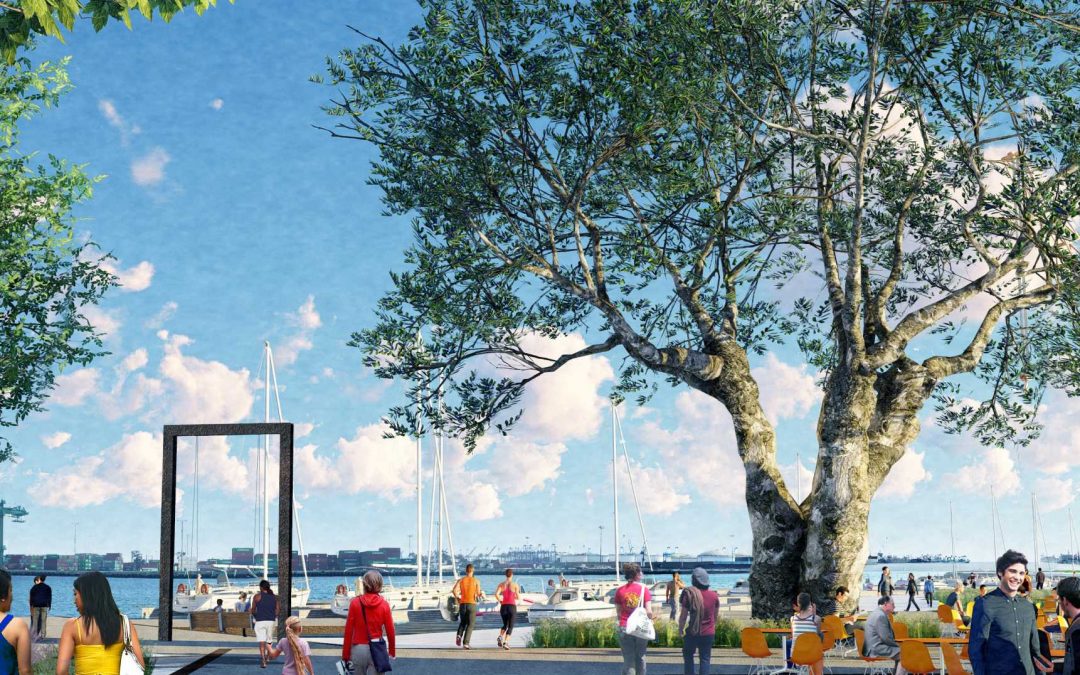 A prelude to the $150-million West Harbor development

One year after a ceremonial groundbreaking, signs or progress are apparent at the future site of the $33-million L.A. Waterfront promenade and town square in San Pedro.

The promenade, which is designed by James Corner Field Operations, will run parallel to the Port of Los Angeles’ main channel for one mile, connecting to the new town square at 6th Street and Harbor Boulevard.  The 30-foot-wide pedestrian walkway will amount to four acres of new public open space, incorporating features such as seating, landscaping, wayfinding signage, lighting, and restrooms.

Construction was expected to be completed by Summer 2021 at the time of its groundbreaking.

In the future, the new waterfront promenade will create a direct pedestrian path into the West Harbor, a $150-million project which is being developed as a joint venture between The Ratkovich Company and Jerico Development.  Plans call for the construction of 335,000 square feet of commercial development across roughly 42 acres of land which is currently occupied by the Ports O’ Call Village.

The Port of Los Angeles, which is building the new open space through its public access investment plan, is also in the midst of construction on a similar $70.8-million projectwhich will bring 13 acres of park space to the waterfront in the neighboring community of Wilmington.